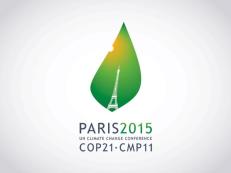 Yesterday the 21st Conference of the Parties, including 195 nations, adopted an agreement to curtail greenhouse gas emissions.

A few people I know attended, but mostly the names and faces of the negotiators and players were reduced to certain heads of state and prominent activists.

Short version: now that the agreement is made, governments must adopt it.

“Senate leadership has already been outspoken in its positions that the United States is not legally bound to any agreement setting emissions targets or any financial commitment to it without approval by Congress,” he said.

Managing greenhouse gas emissions will be a challenge without U.S. leadership. The Republican-controlled Congress is unlikely to consider or adopt the agreement. The Heritage Foundation asserted the administration is planning to make an end-run around Senate scrutiny. That is ridiculous given the public nature of the negotiations that produced it and the long, lead-up to the accord.

Suffice it that the Environmental Protection Agency Clean Power Plan is the primary mechanism for compliance with the terms of the Paris agreement, and the Congress has been trying to kill it. Debate on the Clean Power Plan began long before it was published Oct. 23 in the Federal Register. On Nov. 18 the Senate passed a resolution to kill the plan. On Dec. 1 the U.S. House of Representatives did likewise.

The United States is not the leader we could be on mitigating the causes of global warming. Nothing about COP21 changed that.

What has changed is the world is coming together to address the greatest threats to human survival. Not only regarding greenhouse gas emissions, but in other areas. Whether the United States will lead or follow is to be determined. The direction has been set, and while there will be tenacious resistance to changes in the fossil fuel paradigm, new leadership is emerging. Life as we know it hangs in the balance.

Let’s hope our government steps up to the challenge. We have the capacity. Whether we have the political will is an open question as the world passes us by.